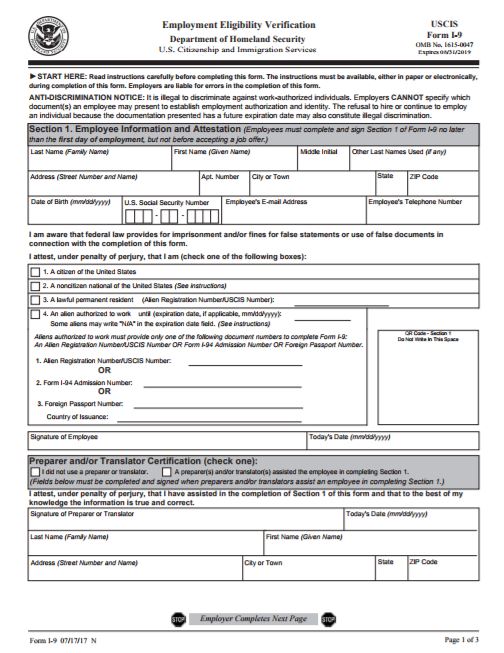 The following minor changes contained in the now current version of the Form I-9 are intended to facilitate completion and reduce errors:

The changes are also reflected in the most current version of the Handbook for Employers – Guidance for Completing Form I-9 (M-274) which is available online at: https://www.uscis.gov/book/export/html/59502/en.